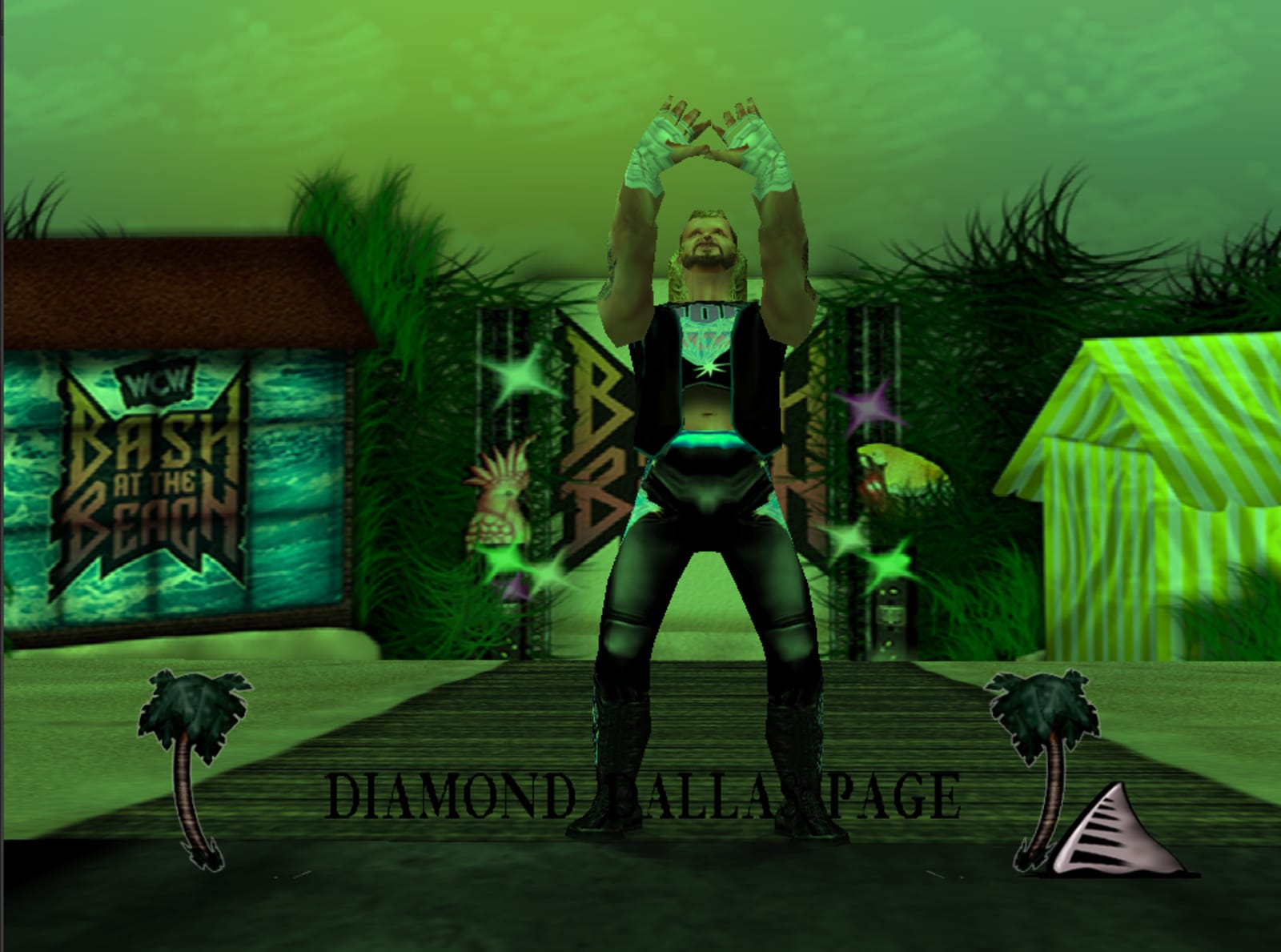 It premiered on the N64 with the release of WCW vs. nWo: World Tour in 1997 (aka Virtual Pro Wrestling 64 in Japan), and was then improved upon the next year with WCW/nWo Revenge, which included new wrestlers, animated entrances, weapons, and improved finishing moves. Alas, this would be the last game THQ and AKI would produce for WCW, as the WWF (now the WWE) swept in and grabbed the license out from under them, putting out WWF Wrestlemania 2000 and then WWF No Mercy, a game that is regarded to be one of the best, if not best, in the genre.

Wrestlers gained further frames of animation, making motion more fluid; a story mode was introduced; the create-a-wrestler became a full-fledged feature, instead of just a pallet swap; and you could even fight backstage and in ladder matches. Still, fans of WCW were left wanting, as the rest of its attempts to get back into the video game world (WCW: Mayhem and WCW: Backstage Assault) were…bad. Very, very bad.

Right around the time WCW disappeared and was absorbed into the ever-growing WWE, AKI stopped making dedicated wrestling games. Their last attempts were the Def Jam series, but even that ended after the Playstation 2, Gamecube and Xbox era. While AKI has not produced anything new officially, this didn’t stop fans from wanting more. Enter the mod community, and WCW: Feel the Bang.

Developed by GenHex, OSR, and WLF of the Nextwave-64 community, WCW: Feel the Bang is essentially the sequel to Revenge we never got. Even better, it’s free. Utilizing the No Mercy engine, and running on the Project64 emulator, it injects brand new textures, facial sculpts, entrances and finishing moves for over 50 wrestlers from throughout WCW’s history, including “Hollywood” Hulk Hogan, Scott Hall, Kevin Nash, Diamond Dallas Page, Sting and Ric Flair. There are even deeper cuts like Billy Kidman, Disco Inferno, Ron Simmins and Sub-Zero clone, Glacier. There are over 30 different stages to choose from, and gameplay modes that weren’t in other iterations of N64 WCW games such as ladder matches and battling inside the steel cage.