In his press conference today, Governor Cuomo revealed the preliminary results of a first-phase antibody test that surveyed 3,000 New Yorkers over two days in 19 counties at 40 locations that included grocery and big-box stores. The sample suggests that 13.9% of New York State residents have the antibodies, meaning they had the virus at one point and recovered. Of the regions tested–Long Island, NYC, Westchester/Rockland, and the rest of the State–New York City had the highest positive rate at 21.2%. The potential good news to come to light is that the death rate may be far lower than some estimates, at 0.5%.

The reason the tests were randomly taken from those at grocery and big-box stores is that these were people not isolating in their homes and presumably not at work and therefore not essential workers. Though the governor didn’t mention it, this could also point to a truer representation of how many people are asymptomatic. 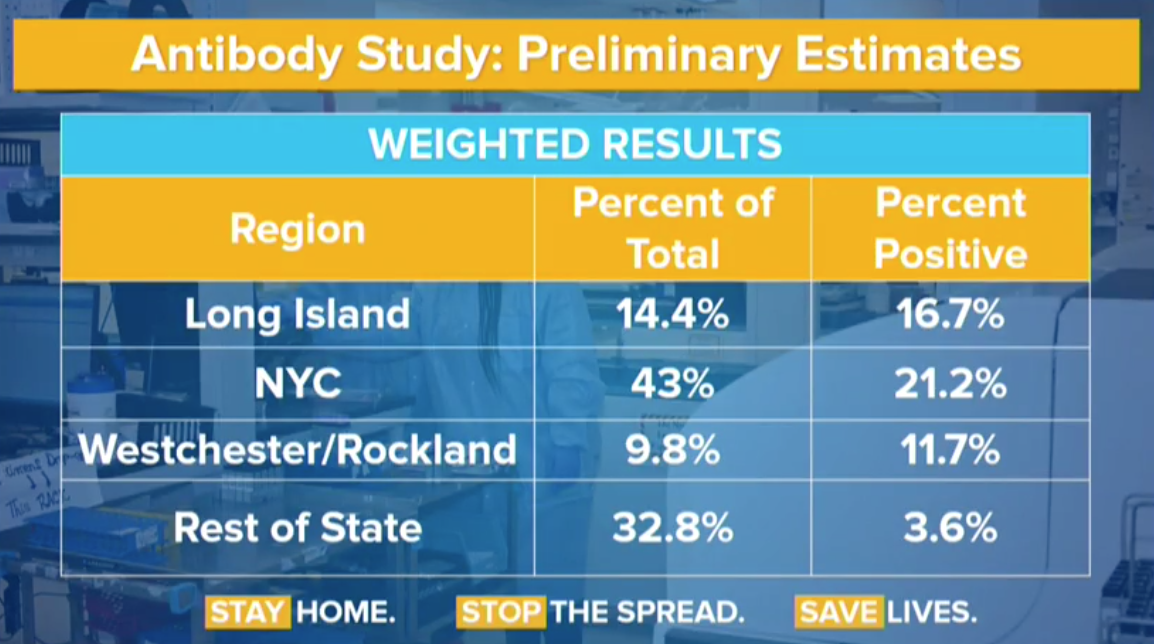 The regional breakdown suggests that about 1/5 of NYC residents have had the virus, which is roughly 1.68 million people. 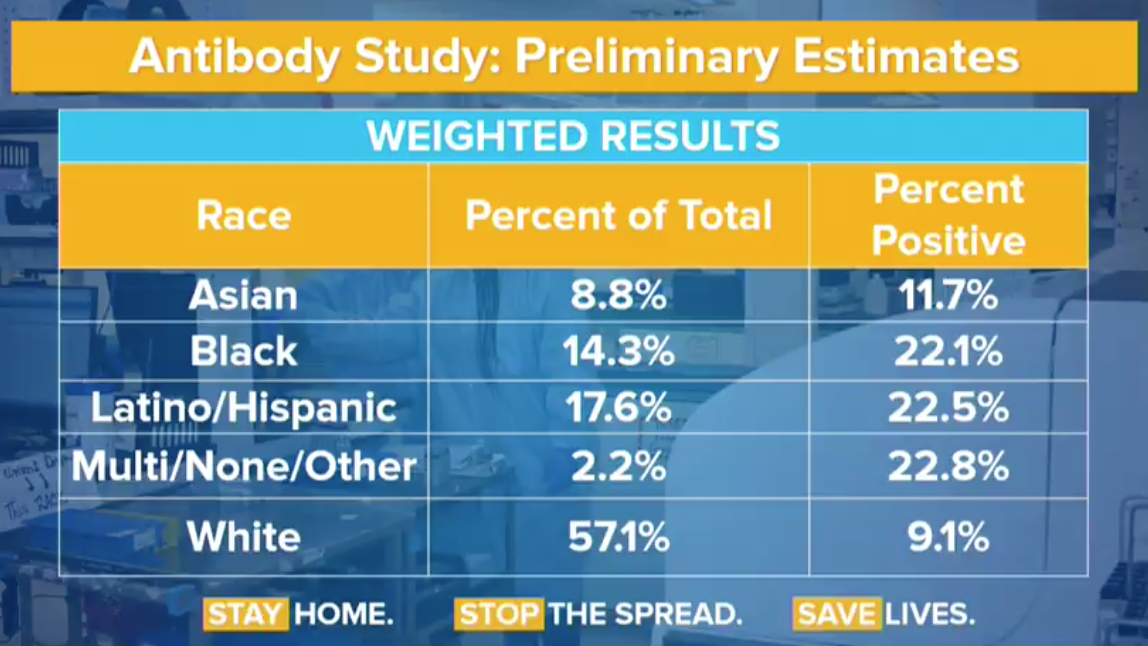 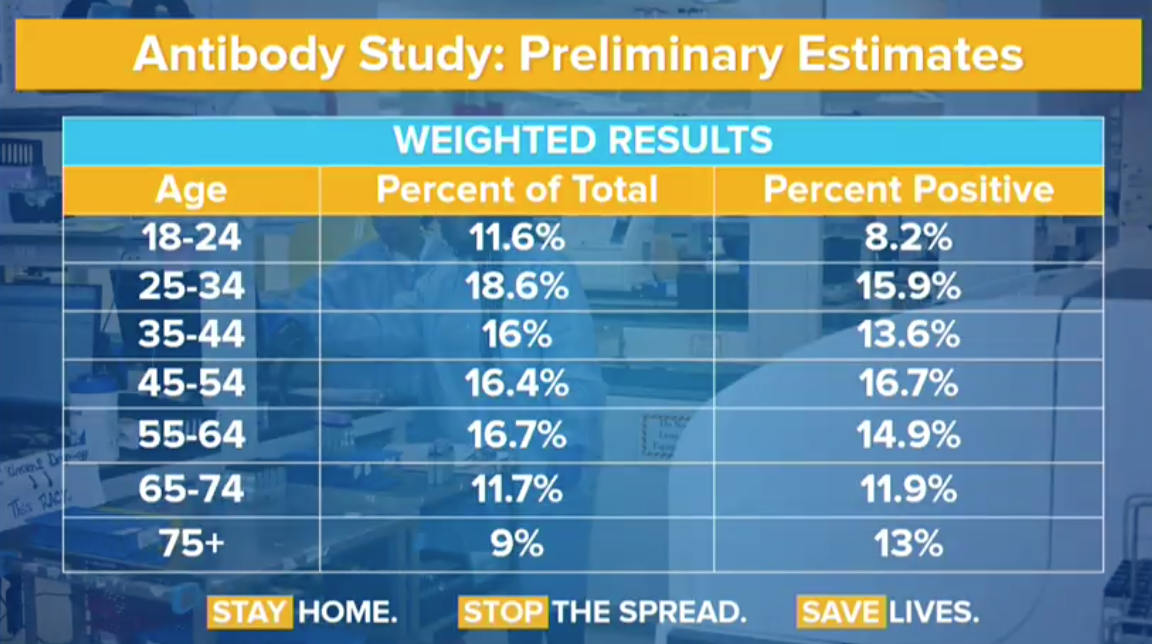 The demographic breakdowns have a few more caveats. For example, the African American and Latino persons were disproportionately in NYC, and the white persons were more upstate. With age, the assumption is that most persons 75+ are isolating and therefore aren’t out and about.

What the 13.9% infection rate suggests is that the death rate is far lower than originally thought. This suggests that 2.7 million have been infected. With approximately 15,500 total fatalities, the death rate would be 0.5%. However, this is only preliminary data and does not include in-home deaths (it only includes those reported from hospitals and nursing homes).

The state will continue its antibody testing on a rolling basis to increase the sample, though no specifics were given on a second phase. The governor said that this will provide snapshots as to how the rate is changing over time, which will help inform reopening decisions. He also noted that the results support the theory that reopening should be done on a regional basis as not every part of the state has the same infection rate.